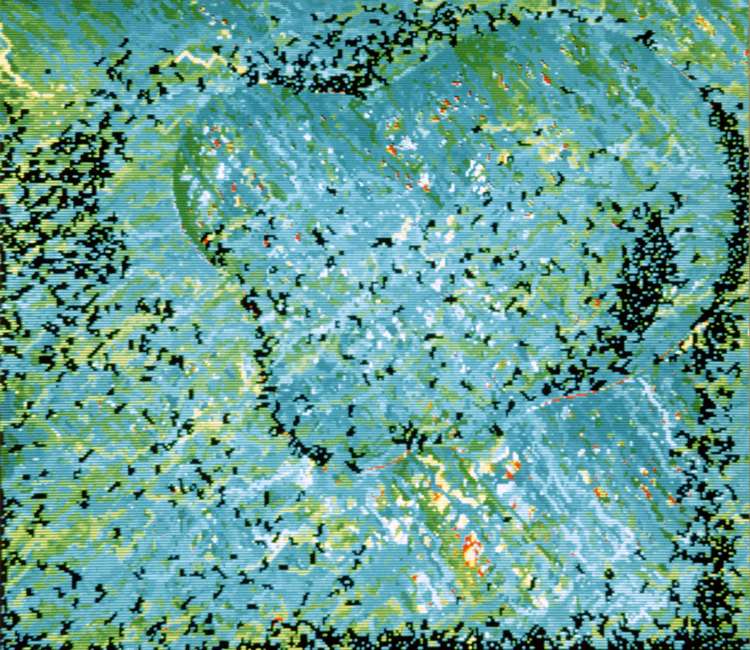 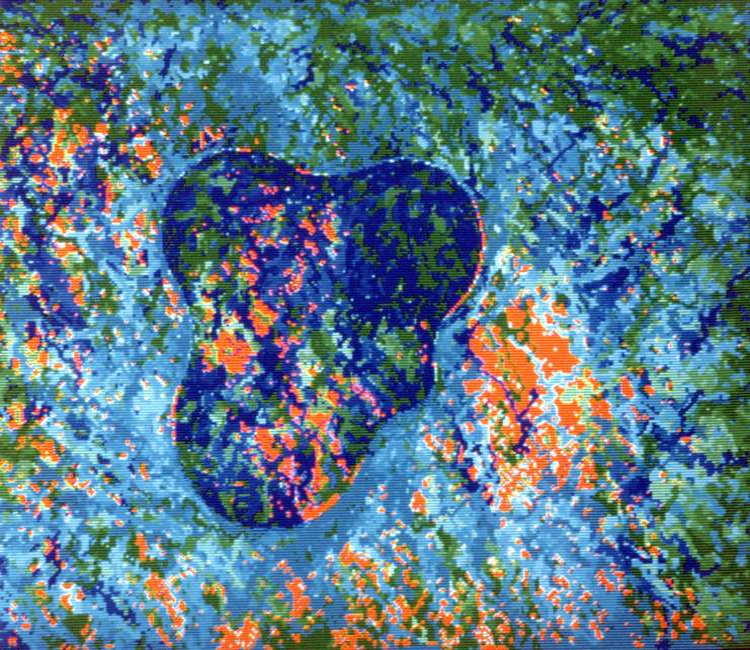 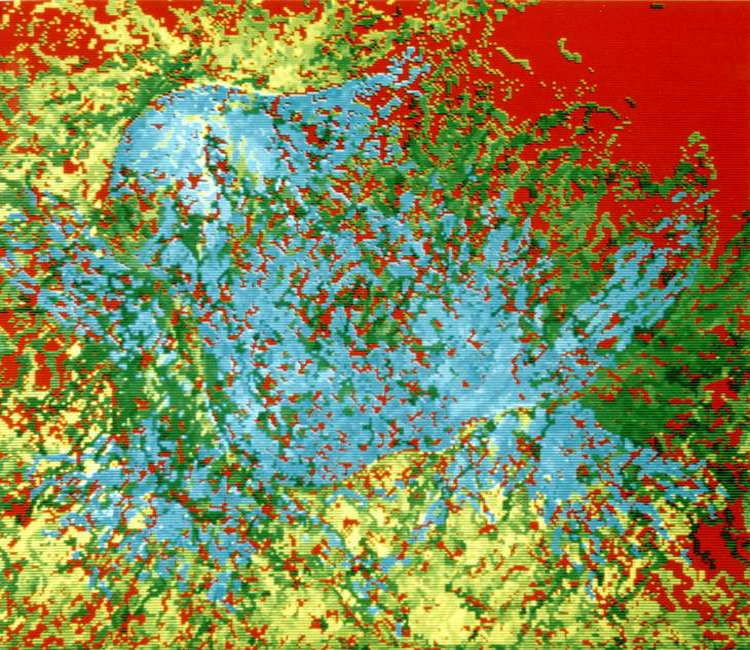 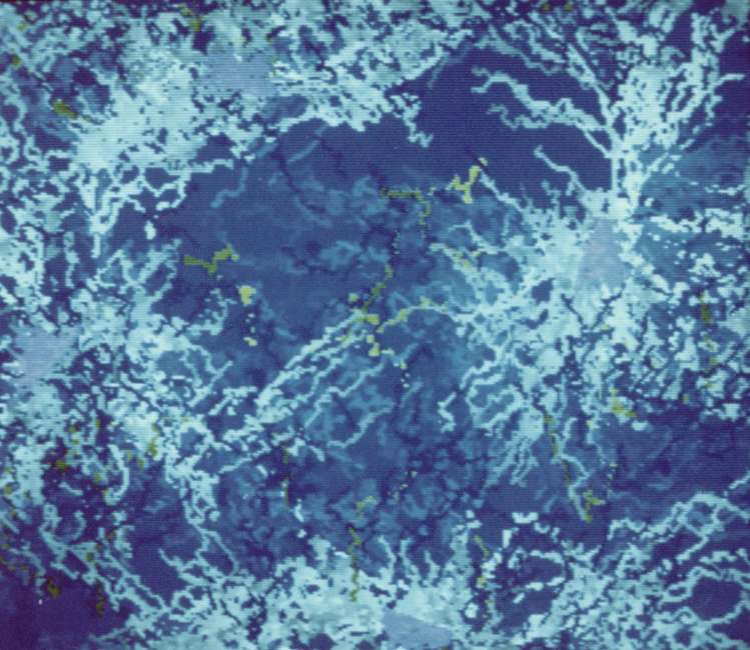 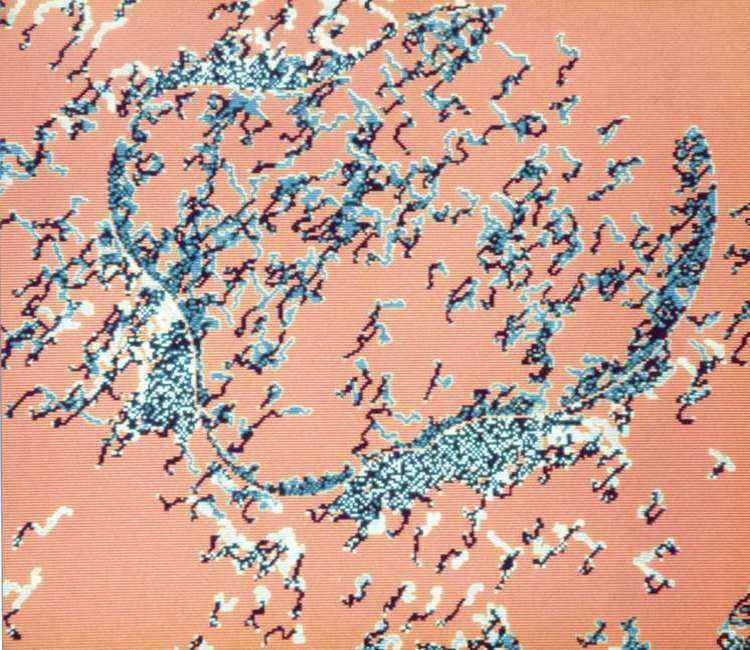 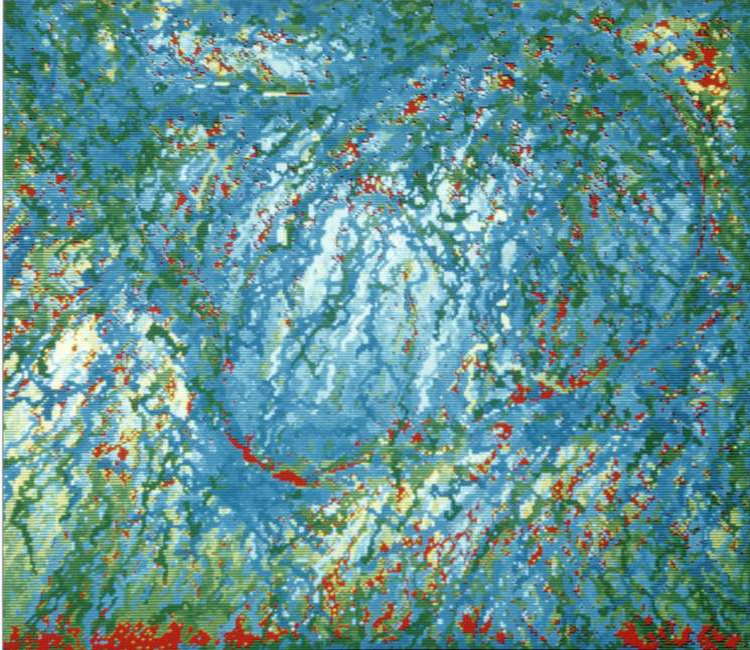 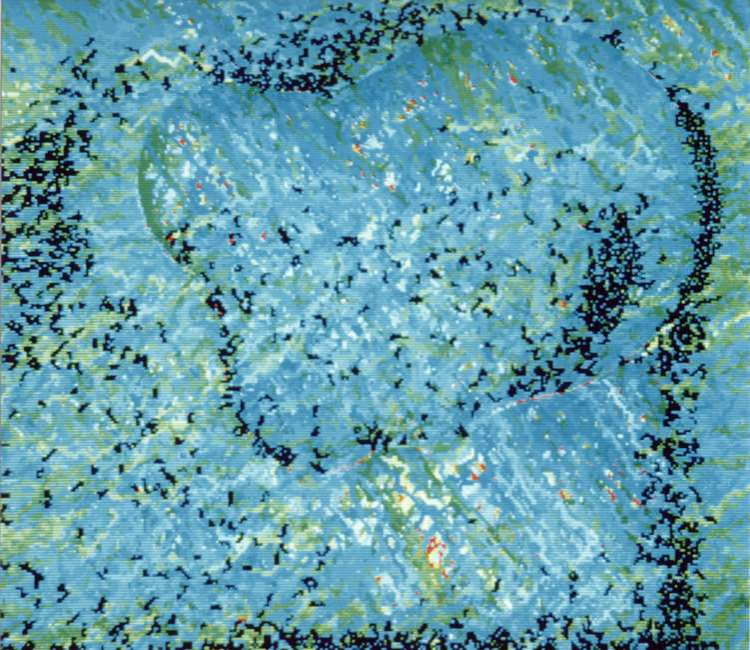 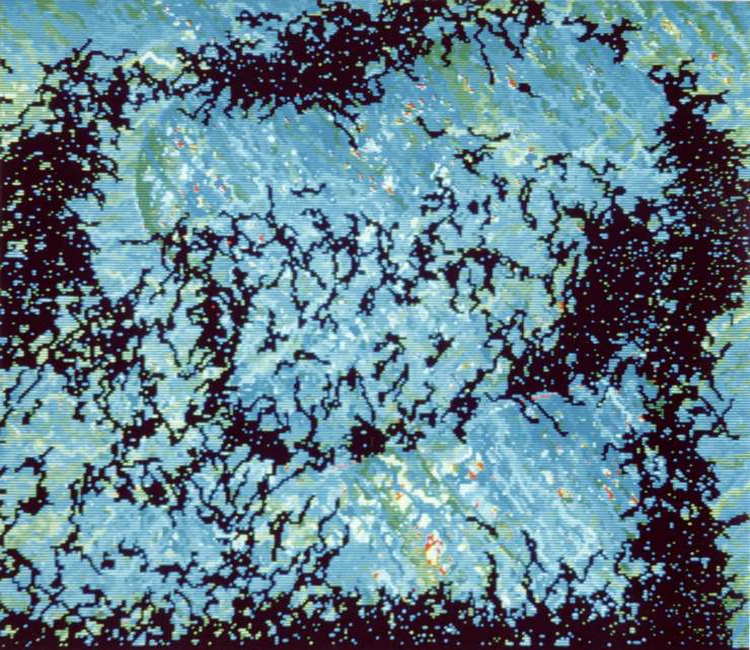 Pixels in a simulation game

The figures you see here were made in 1988 and are photographs of the computer screen showing an ever-expanding image generated in real time with an ARM (Acorn Risc Machine).For this I programmed in BASIC V and in ARM machine language a simulation of a very simple psychological model that determined the character and movement of thousands of individuals (image points) separately and in real time. The observer can look at the global form, which slowly changes shape and colour, but he can also look closer, so that the image dots that are swarming around providing a micro spectacle.

The accompanying music, although electronic, was made manually, so not according to an algorithmic model. During this installation, the computer showed a constantly changing and in real time calculated image caused by pixels. Similarly, the music was created by amplifying and electronically manipulating the noise caused by the agitation of atoms and electrons in electronic circuits.

The basic shape, which can be seen extremely blurred, consists of four circles touching each other. This was derived from the architecture of the mirrored water tower on the Kattenberg in Ghent. The massive amount of moving image points on the screen sometimes bounce back upon the ground form (reference to the mirrors from which the tower is built and the light that is reflected by them). Sometimes in the computer graphics the image points originate inside the ground form and later spray out like the water that is distributed from a water tower.

Installation and composition commissioned by 'Architecture as a Neighbour' (Ghent 1988)