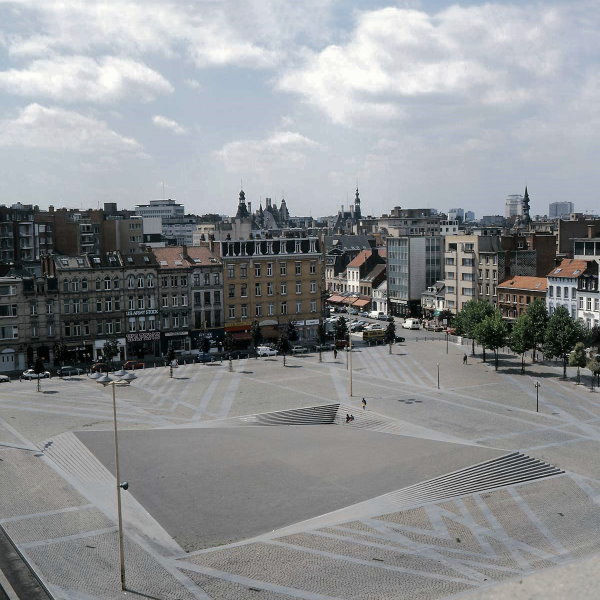 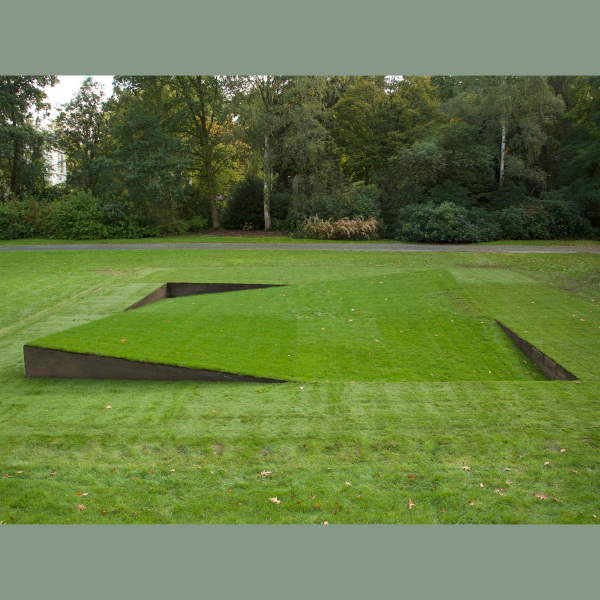 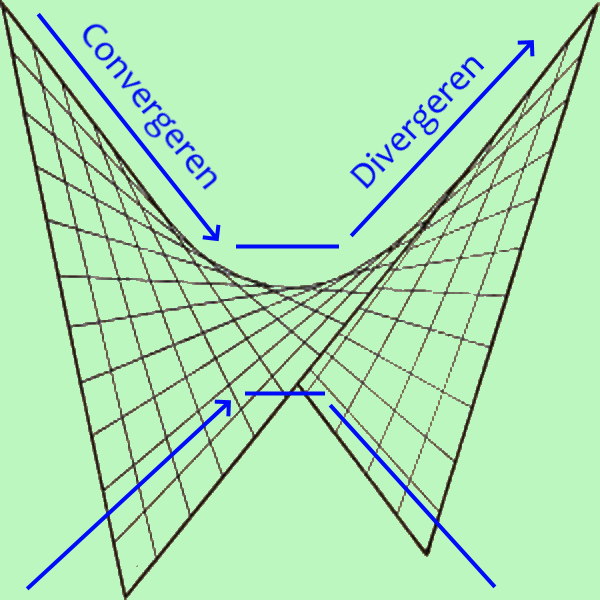 The Antwerp Cultural Council, which organised "Music in the City" every year, invited SEM in 1988 to give a concert in this festival and to make a composition for it.The two-year-old abstract work "meditative space being oneself" by the then 63-year-old sculptor Jan Dries (†2014) was to serve as a source of inspiration for this project.

Dries' spatial work was given a permanent appearance in 1986 on the square in front of the new municipal theatre in the centre of Antwerp. The saddle surface, which rises above the square on one side and slopes downwards on the other, was there until 2007, when the square was redesigned. It has stood up to the weekly market for all those years and formed a balance with it in a certain way.

The music for this project was made by Joris De Laet and Paul Adriaenssens.

I would create live computer graphics to go with their music. These graphics would be realized with the possibilities of my new Archimedes A310, a for that time very powerful 'personal computer'. I thought it should be possible to get to know the thing and produce colour graphics in a few months. Colours on the computer were just then coming within reach of the ordinary computer owner. These graphics had to be both live and in real time, because capturing them on video or saving them to a file as is possible today, was not possible then.