2/4  Assignment in a book by Paul Valéry 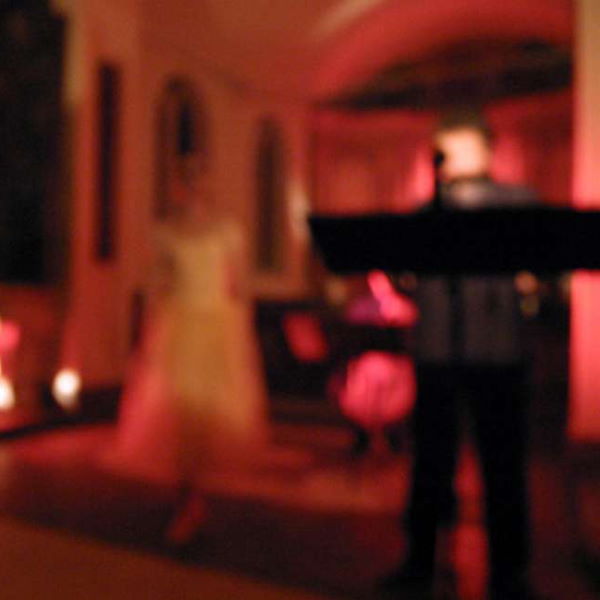 4/4  A dream image from Obsessive Stories

These are the first verses of the poem "La Jeune Parque" by Paul Valéry (1917). In this work a young woman contemplates life and death, activity and passivity, love and alienation, and does so in the form of a monologue.

The electronic processing of these emotional and somewhat enigmatic verses by Paul Valéry was made at the request of Alvaro Guimarães for his theatre creation "Obsessive Tales", which was created in 2007 in Ghent. A litanic repetition of these verses provided the expression of the deepest longings of the soul during the performance.

For this performance, Guimarães conceived scenes that could only be understood emotionally. For example, there was a hairdresser who gently trimmed the hair of some of the visitors, all the while reciting these verses. Another scene was the window hanging at man's height on the stage, from which, at one point, a performer smashed the glass with a hammer. These images refer to memories that have sometimes already been recalled from his early childhood. "Obsessive Tales" can be considered an experimental form of psychoanalytical musical theatre.

The dream image that accompanies the photos was photographed during one of the performances and under difficult lighting conditions. It is technically not a good photograph. The blur, however, is so similar to the strangeness in Valéry's verses that it has become an invitation to interpretation and fantasy.

Translation of the French verses:
Who weeps there
Who weeps there, but the simple wind, at this hour.
Alone, with extreme diamonds?... But who is weeping,
So close to myself in the moment of weeping?