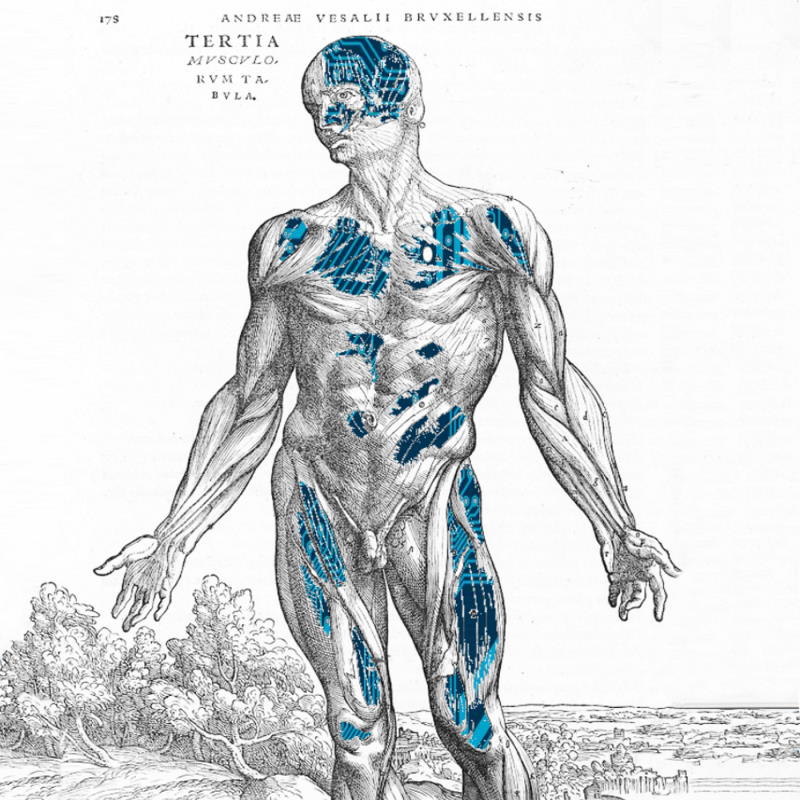 1/1  Technology in the body. Frightening or a blessing?

Utopia was written in 1995. A student in music history once wrote about it:
"There is no fixed working method for this composition. Synthetic sounds were generated in a purely intuitive, instinctive way with self-developed software, ZBase, and mixed with a limited number of concrete sounds. This material was pasted and cut into a composition that refers to the ever-increasing integration of technology into the human body."

This integration of technology once made a relative say, "This is a utopia!". That's how this composition got its title.

The sounds of this music were controlled by my own created software ZBase which took care of generating musical events. ZBase was a database of MIDI generators which sent MIDI-exclusive commands to my TX81Z synthesizer.

In this Utopia, you can also hear some text fragments. With my VCR I was able to make recordings of sounds from various television channels and I had collected a number of samples and used some of them.

There is also a text fragment recorded from the Radio Centraal programme by Joris De Laet. Around that time it had just become possible to have text spoken by the personal computer and Joris experimented with this by having the presentation voice of his radio programme come from the PC. He had to write the Dutch text phonetically in English, which was not an easy task. The excerpt says: "I don't speak Flemish yet, but I will soon." An ideal text for this composition of course.

The text fragments reflect the various reactions people have when it comes to integrating technology into the body, or letting technology take over bodily functions. Some get scared "I'm afraid", others are excited "Ich liebe dich".

Another physical aspect is a certain synthesized heartbeat which, together with the artificial breath, refers to our body in this composition.

The composition is conceived octophonically as 4 stereo channels which must be played simultaneously during the performance. These start simultaneously, but can be modulated separately by the performer. The performer may determine the balance between the stereo channels and this may even be fairly extreme, but each channel must remain audible. So here is a possible version to hear.

Utopia has been performed several times at SEM concerts, including at the Black Panther Gallery where the Swiss composer Gary Berger was invited. Afterwards I received an email from him to send Utopia to him because he wanted to play it at a festival in Switzerland. Later it was performed a few more times there.