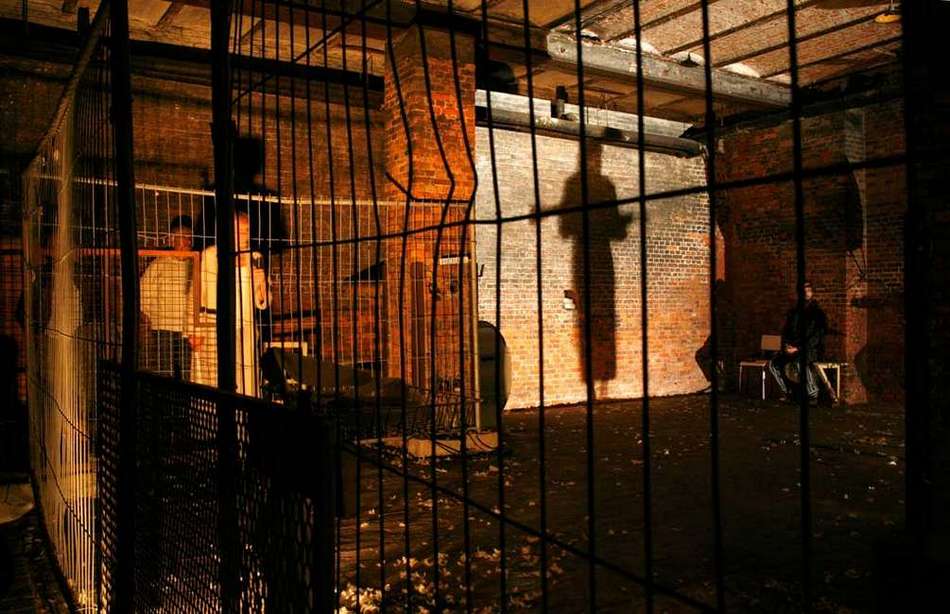 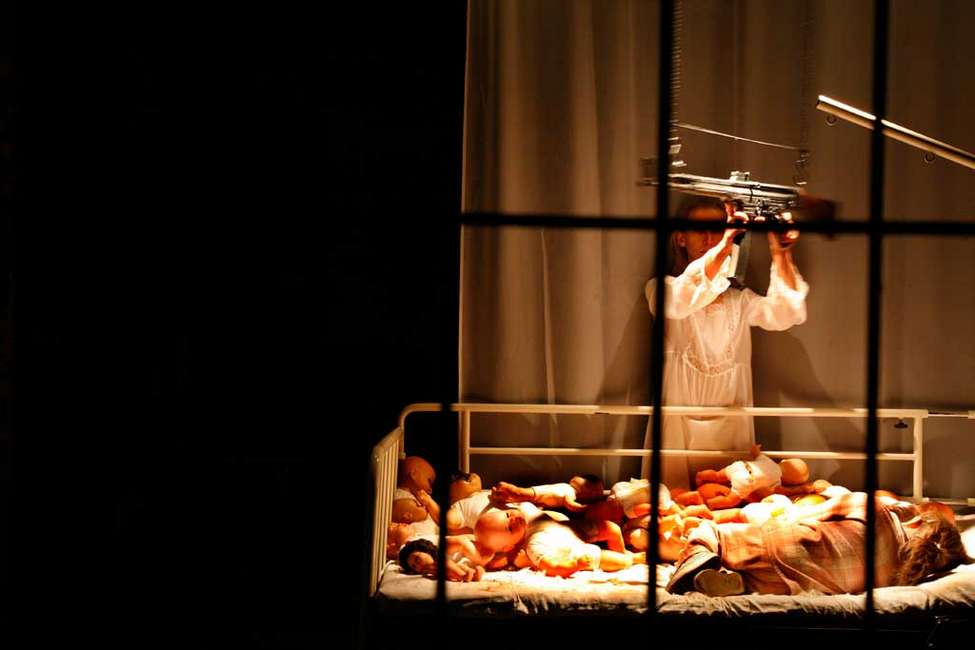 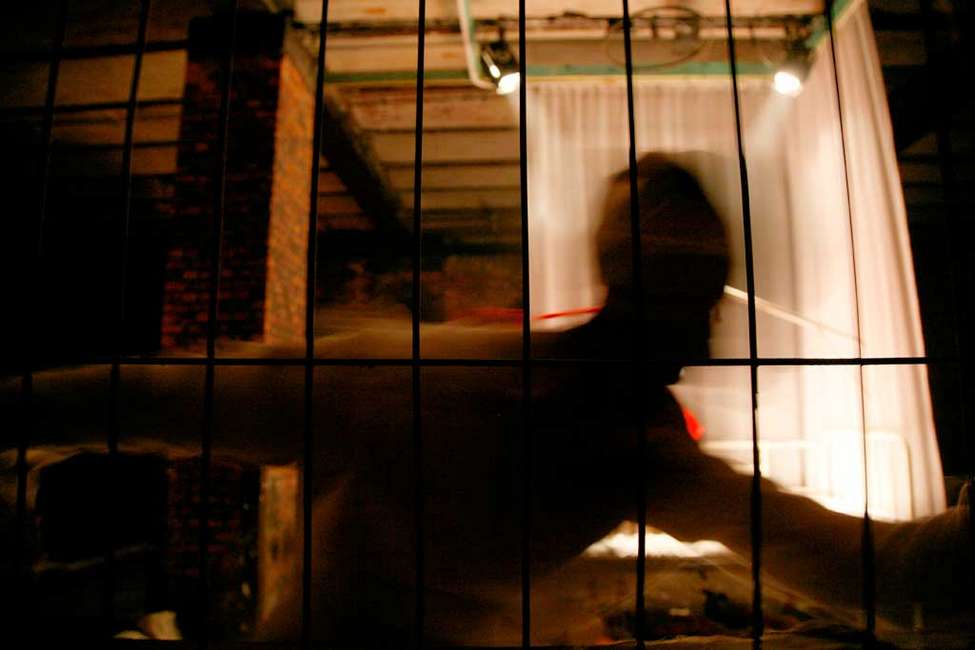 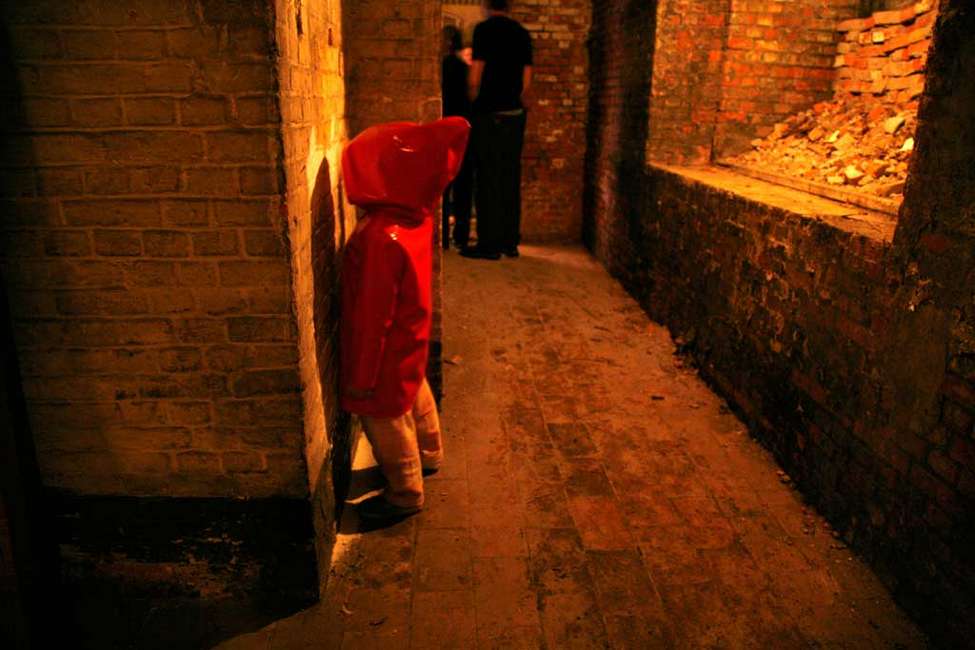 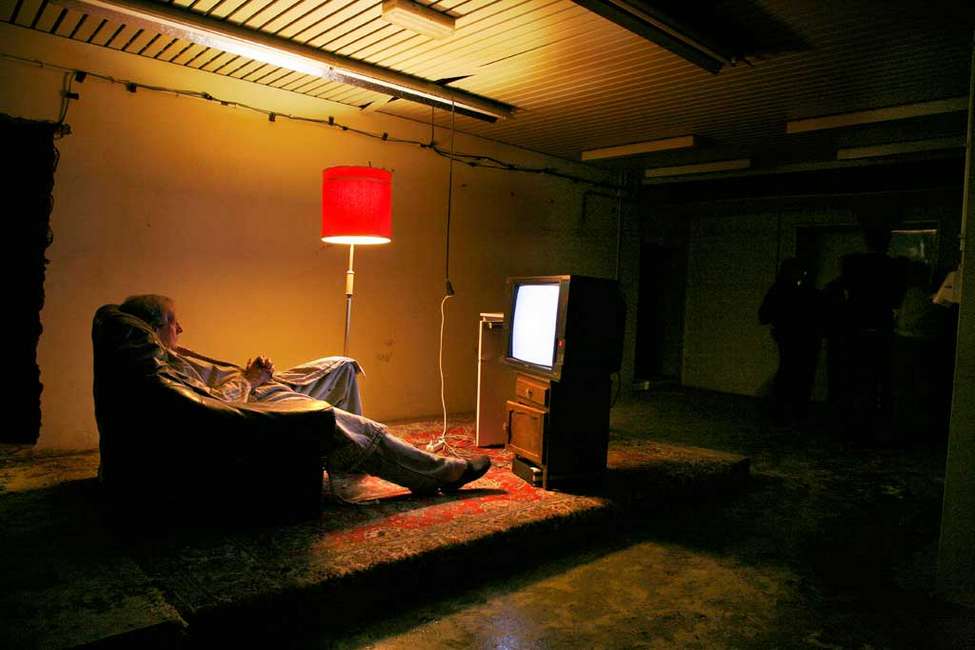 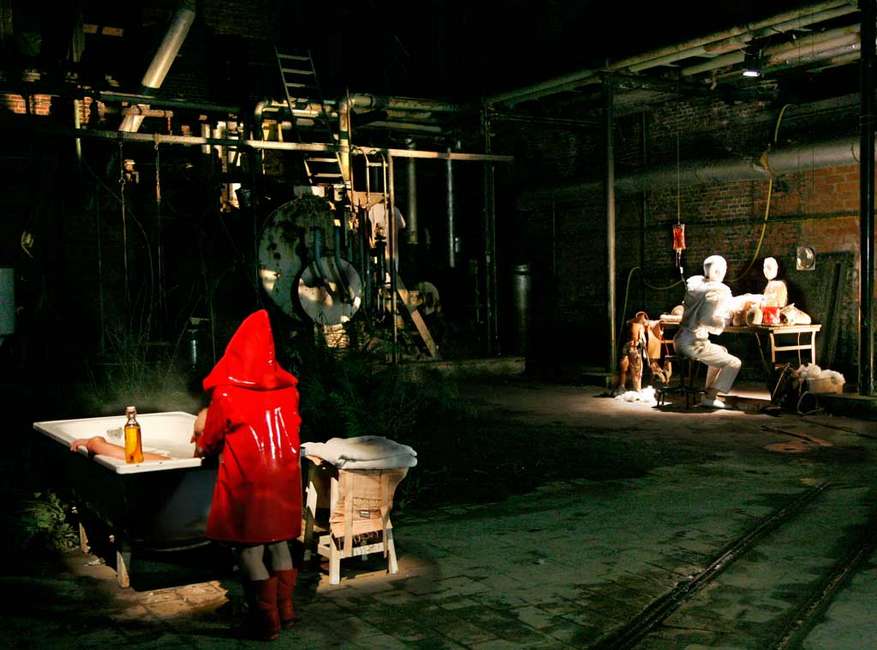 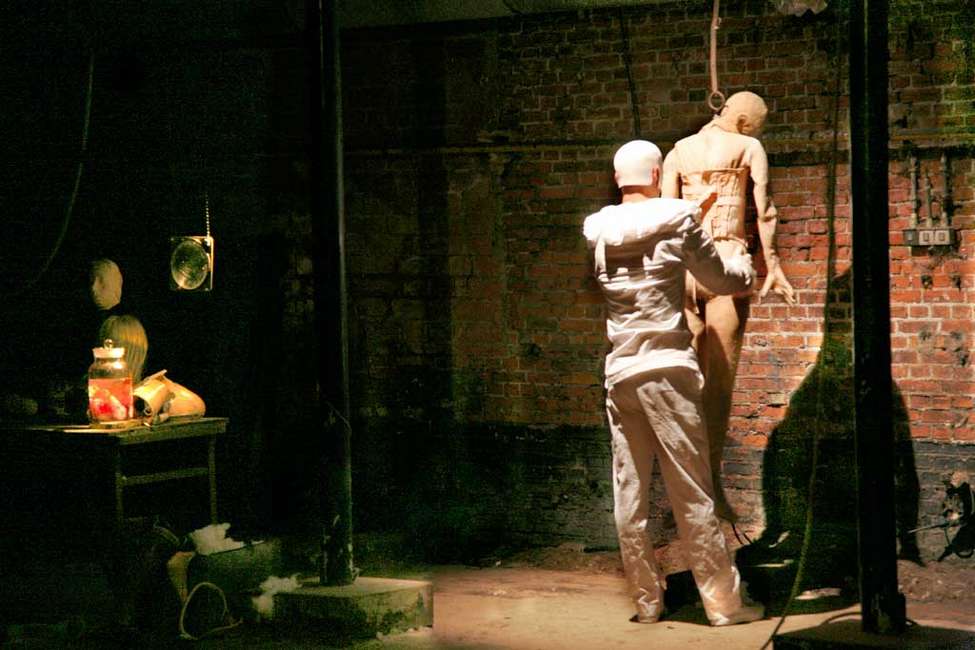 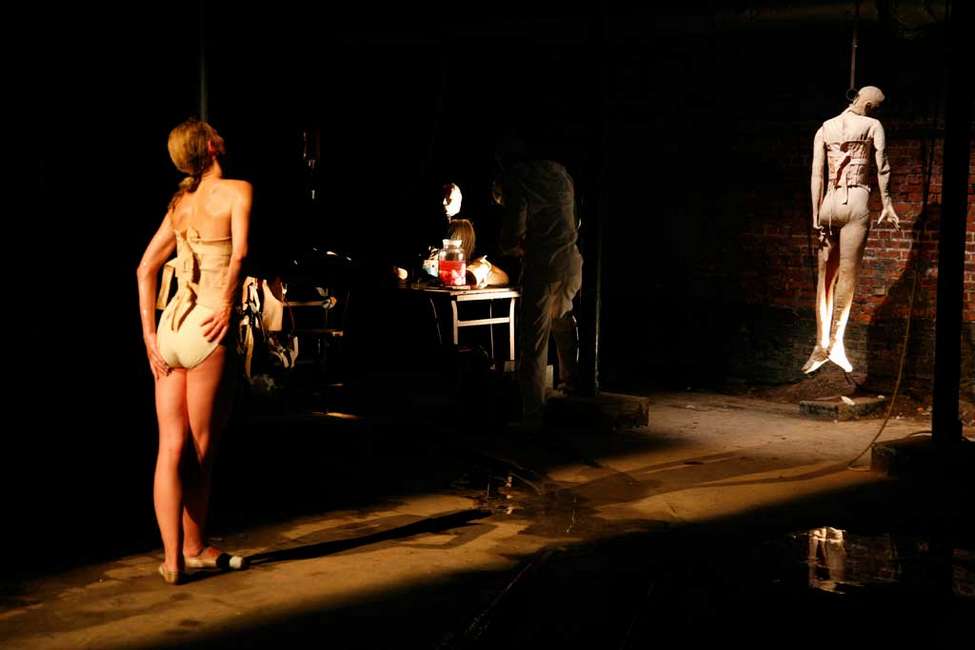 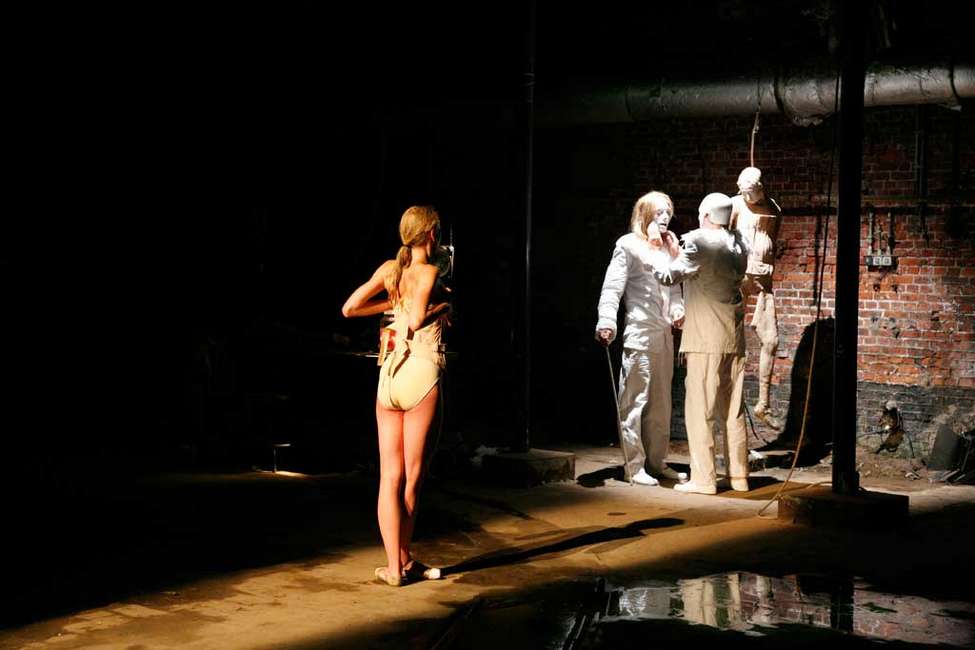 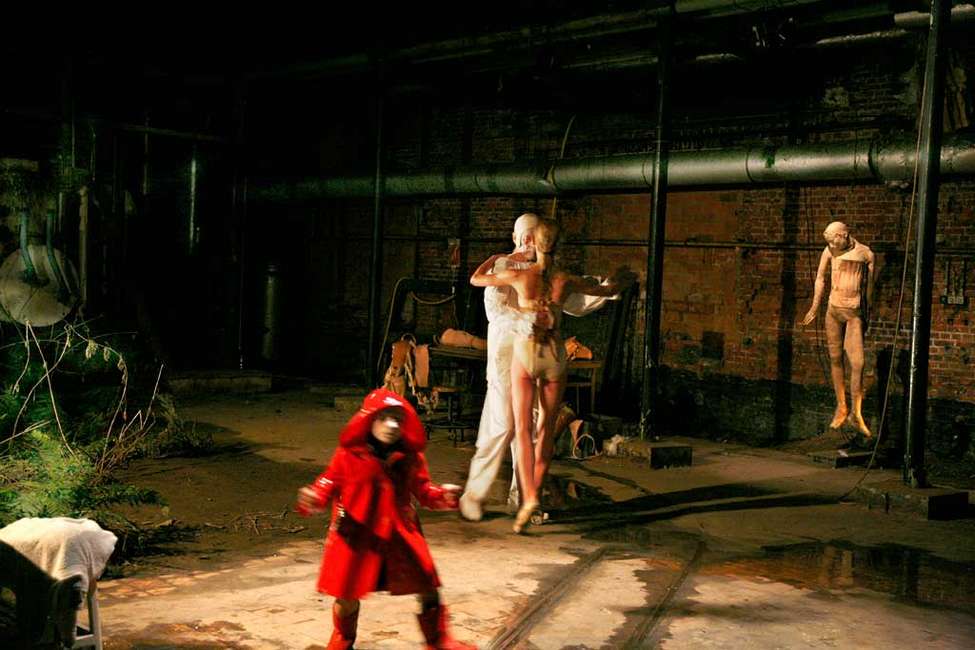 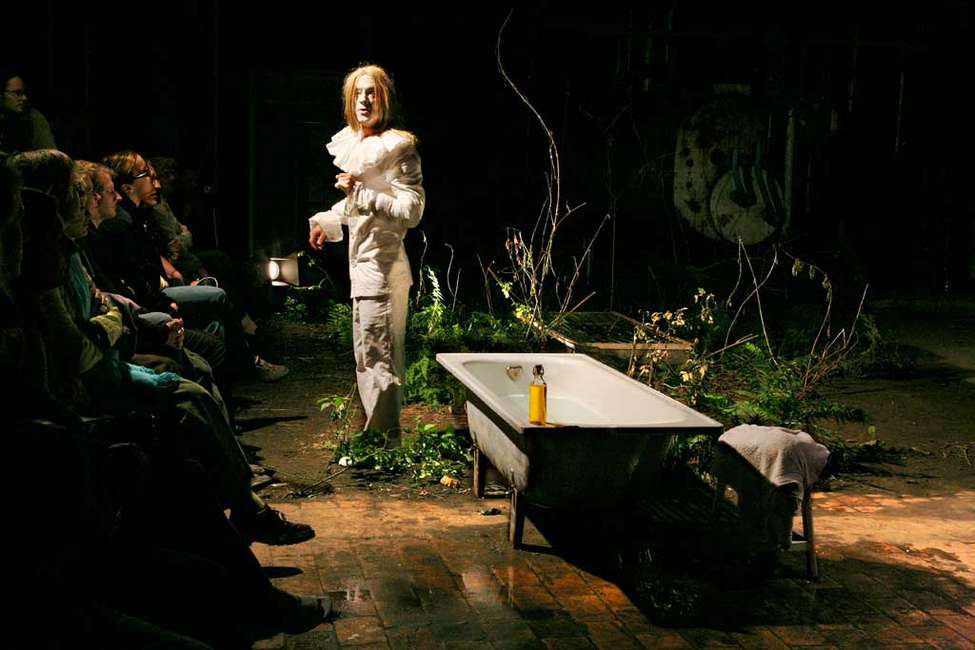 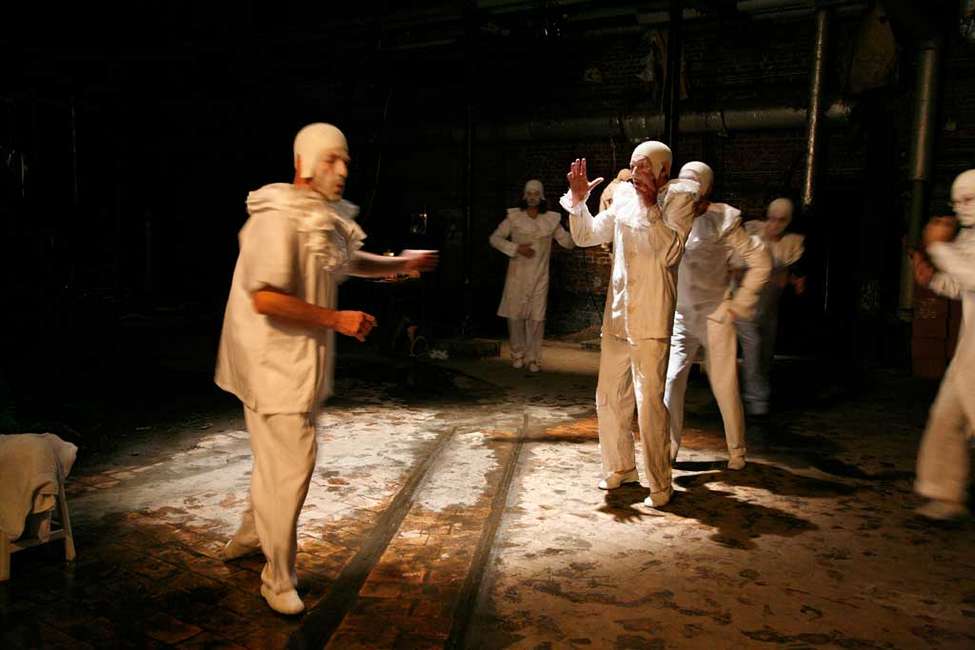 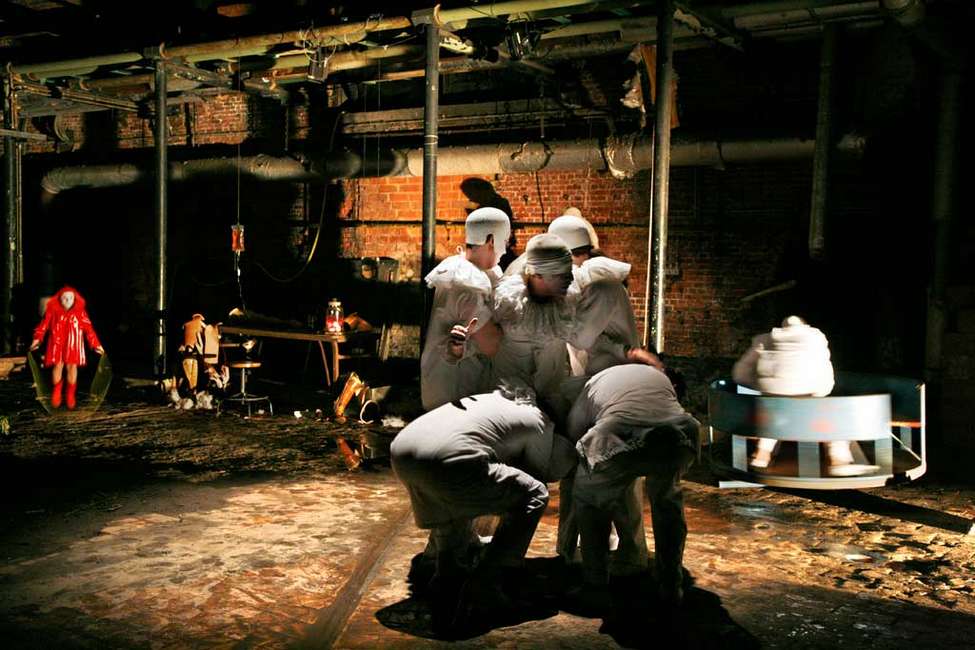 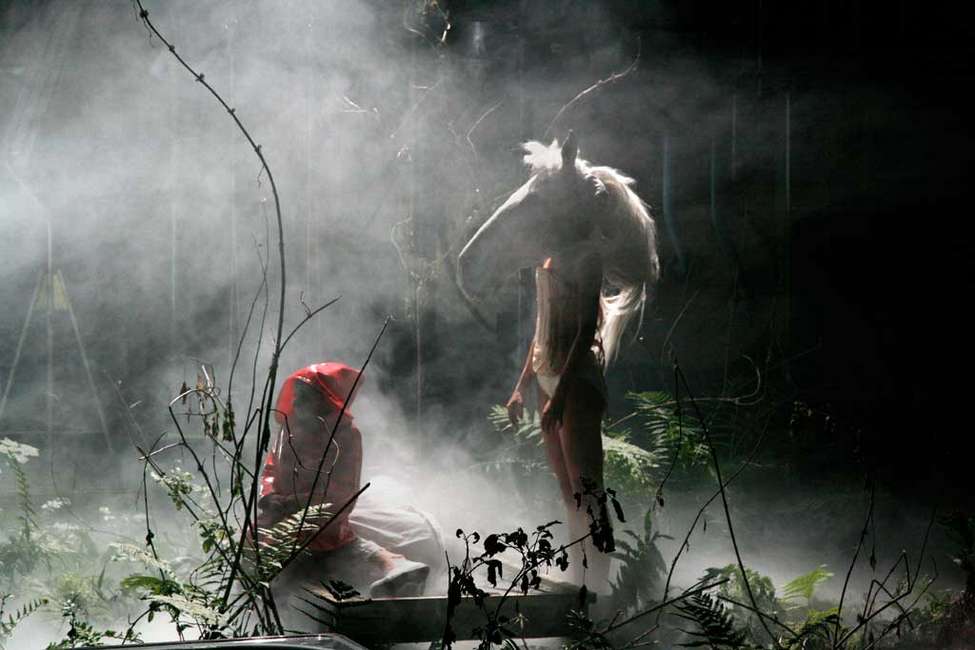 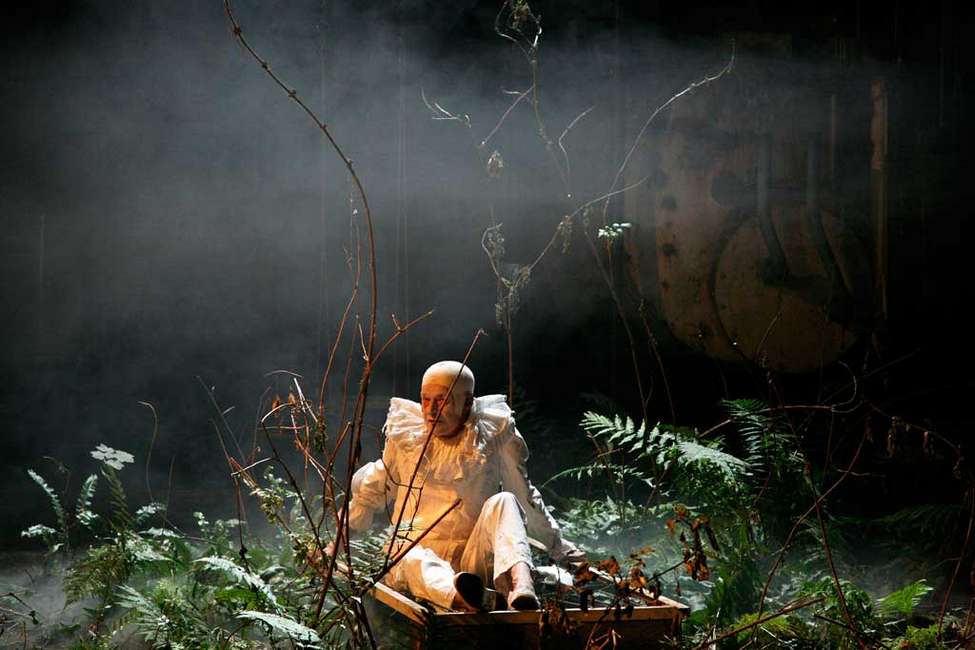 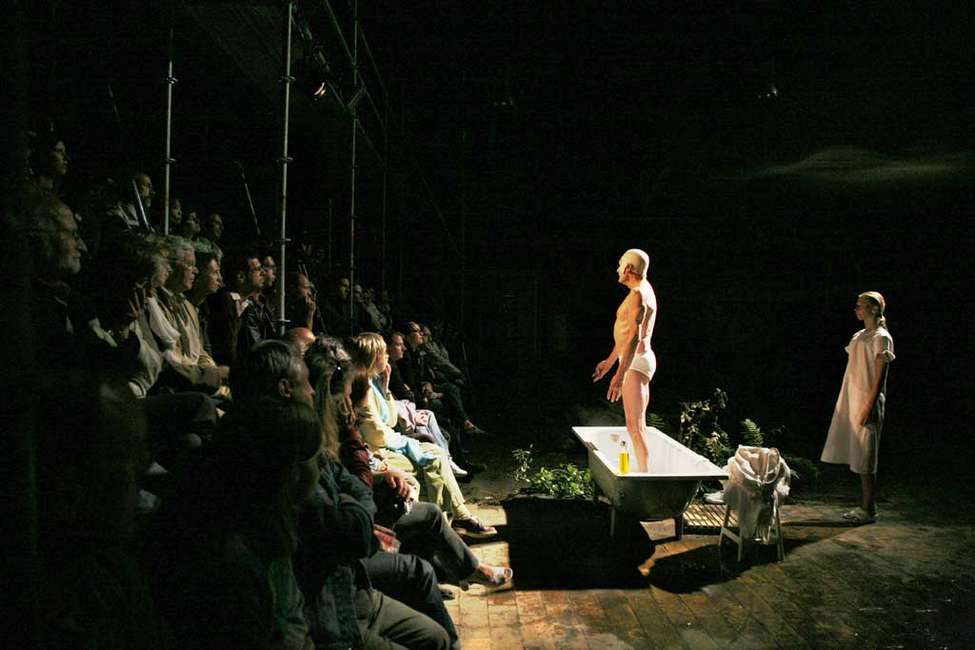 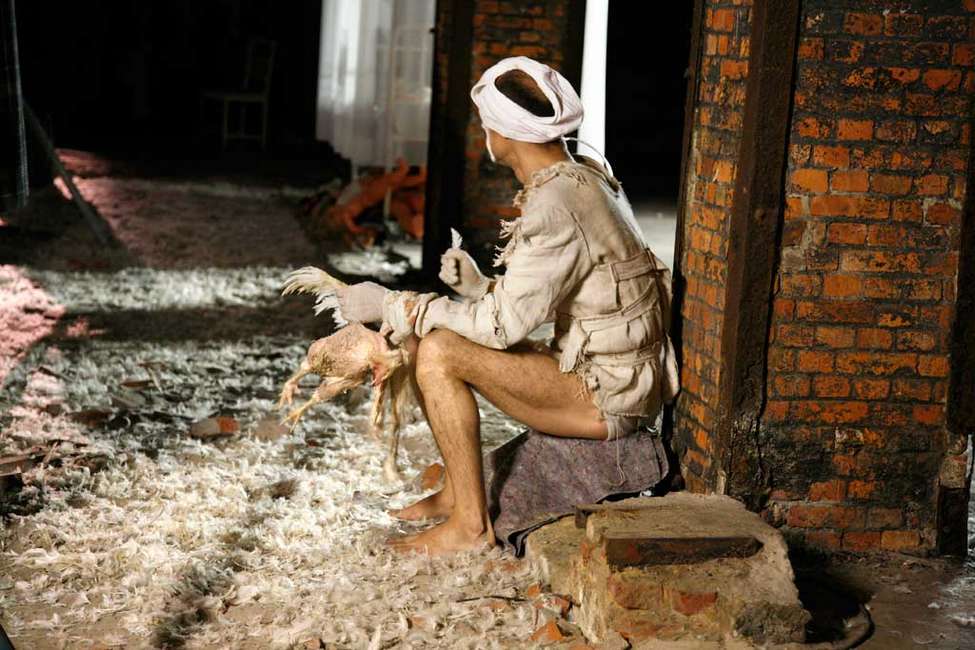 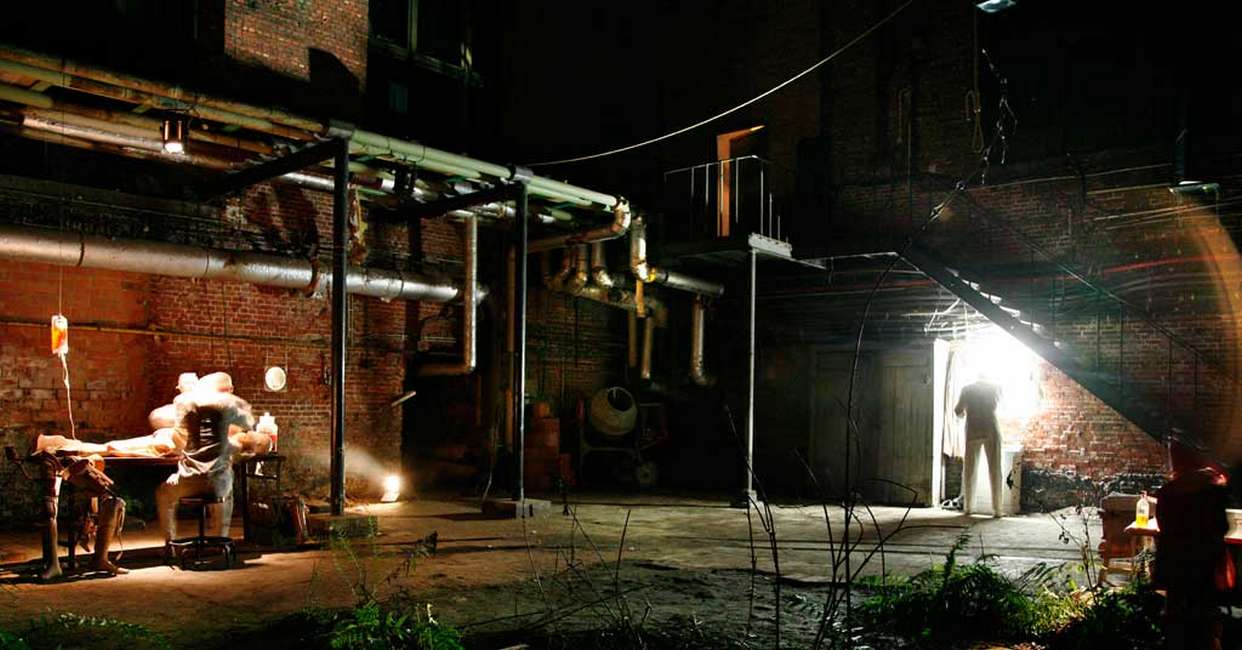 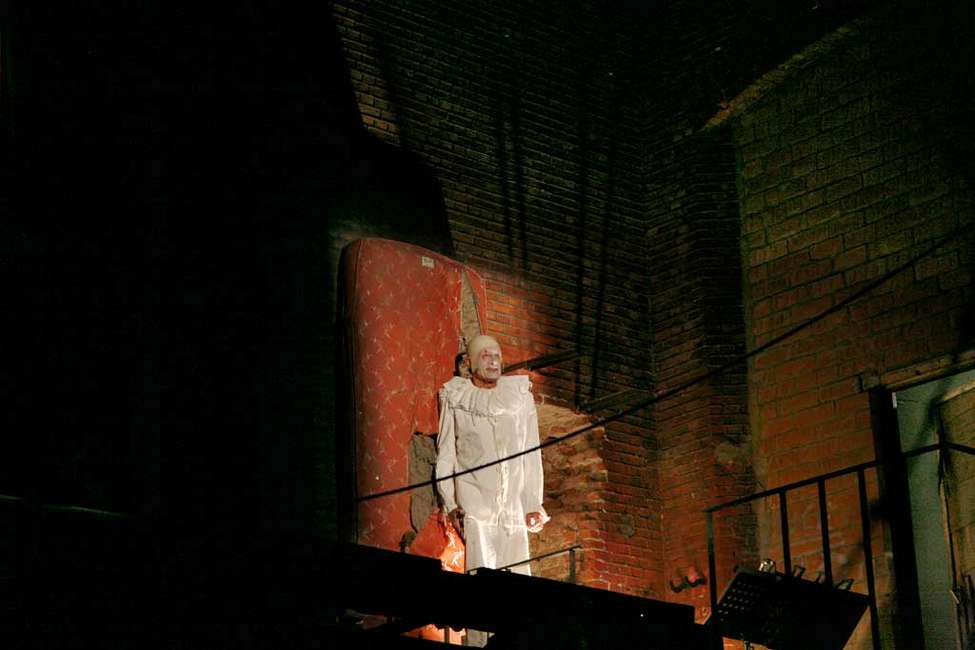 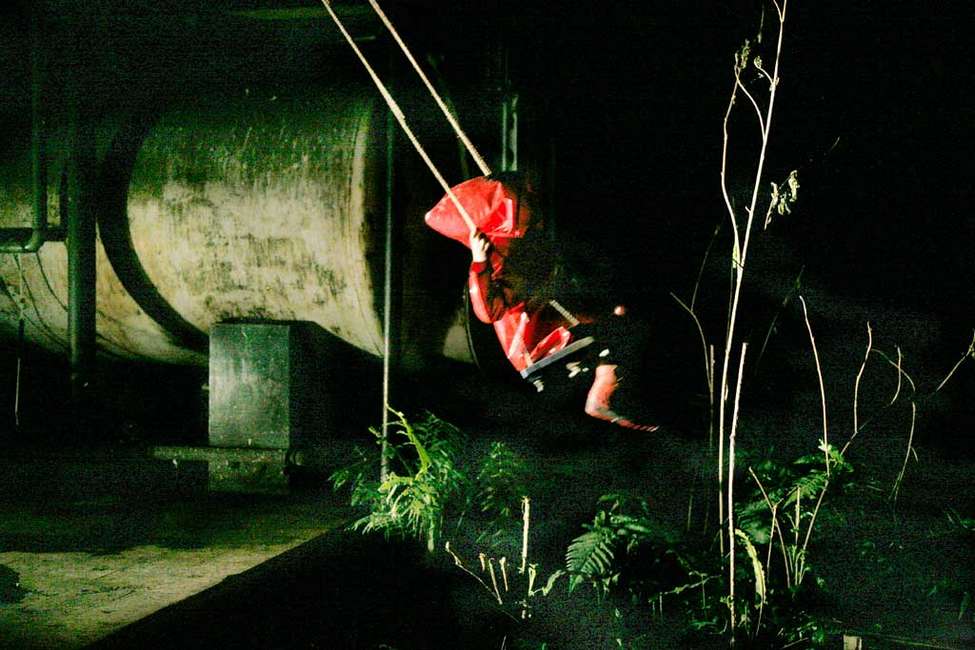 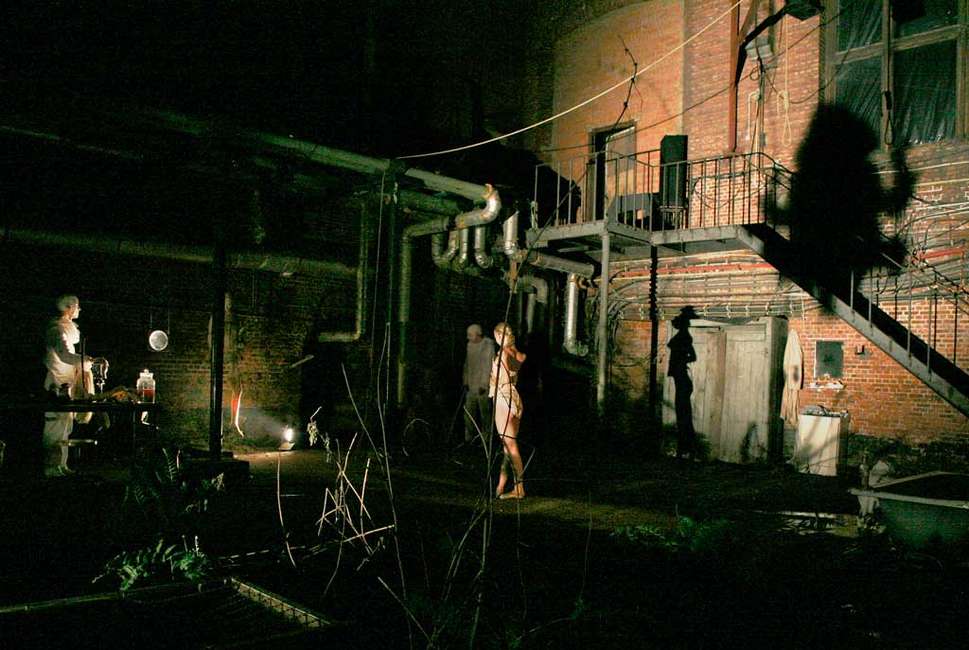 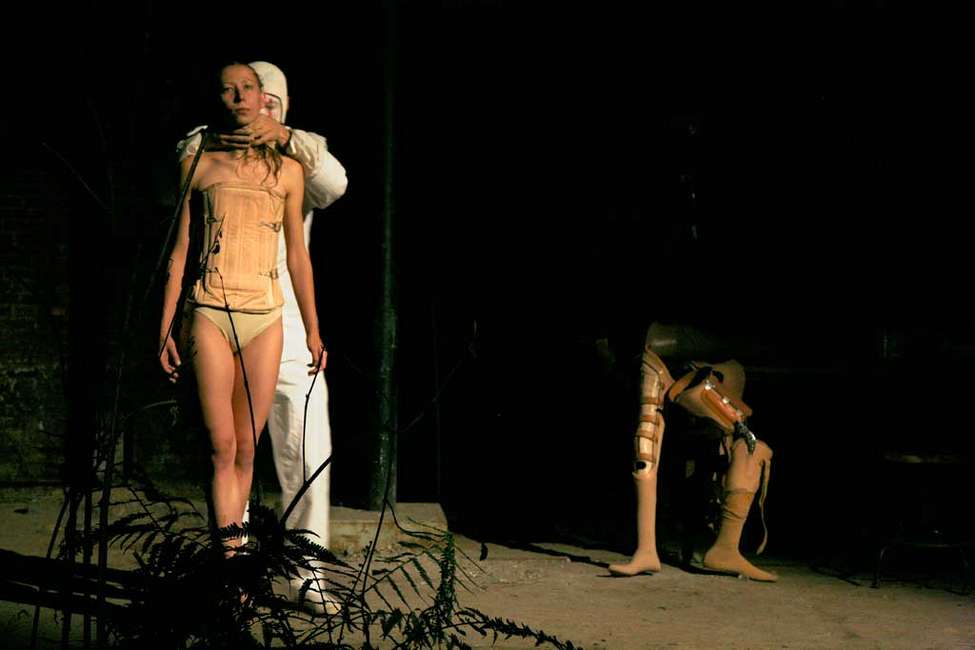 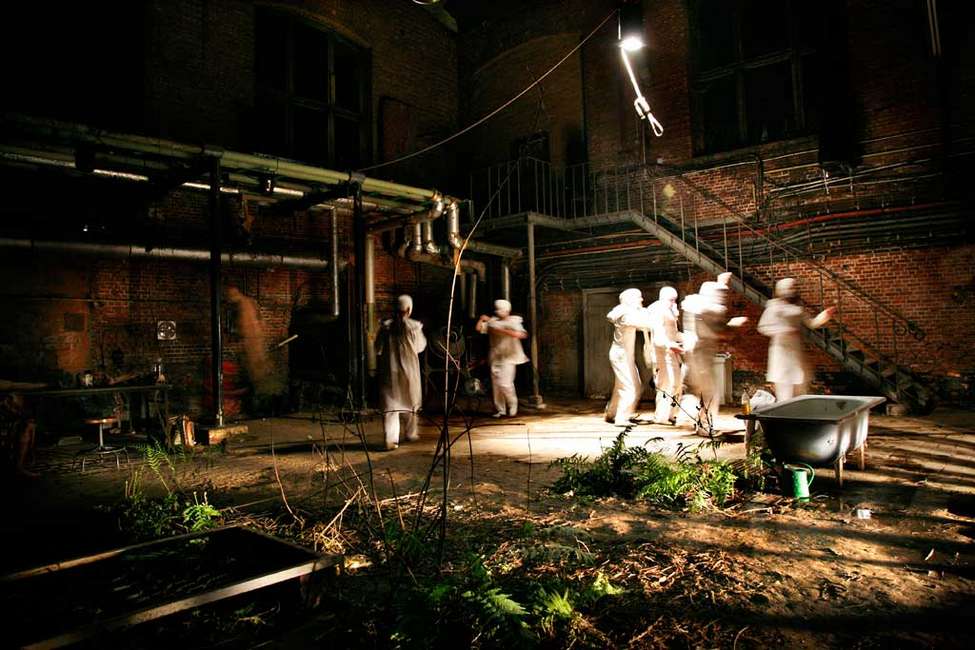 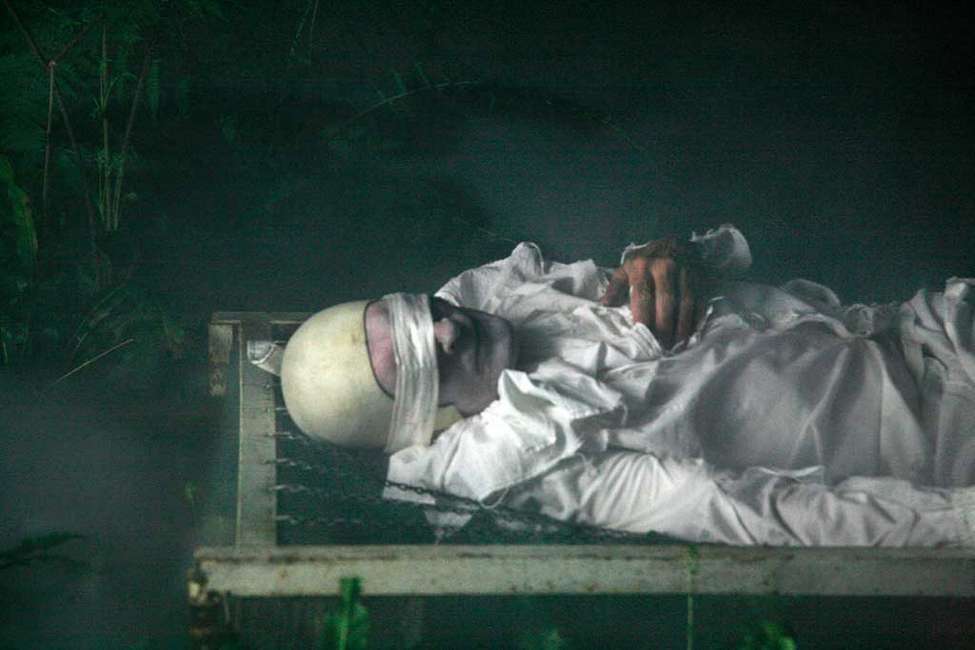 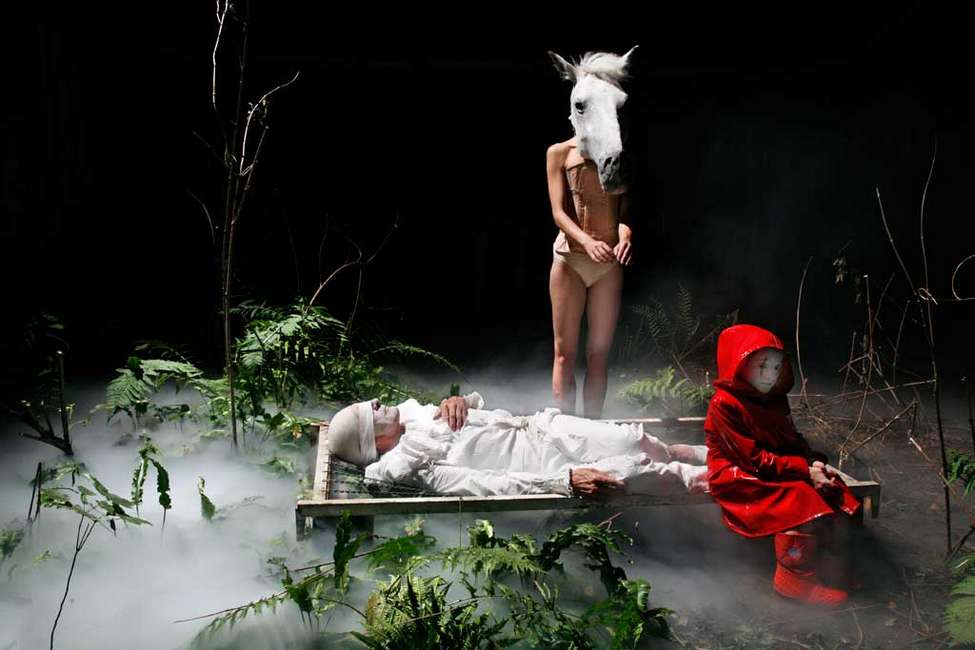 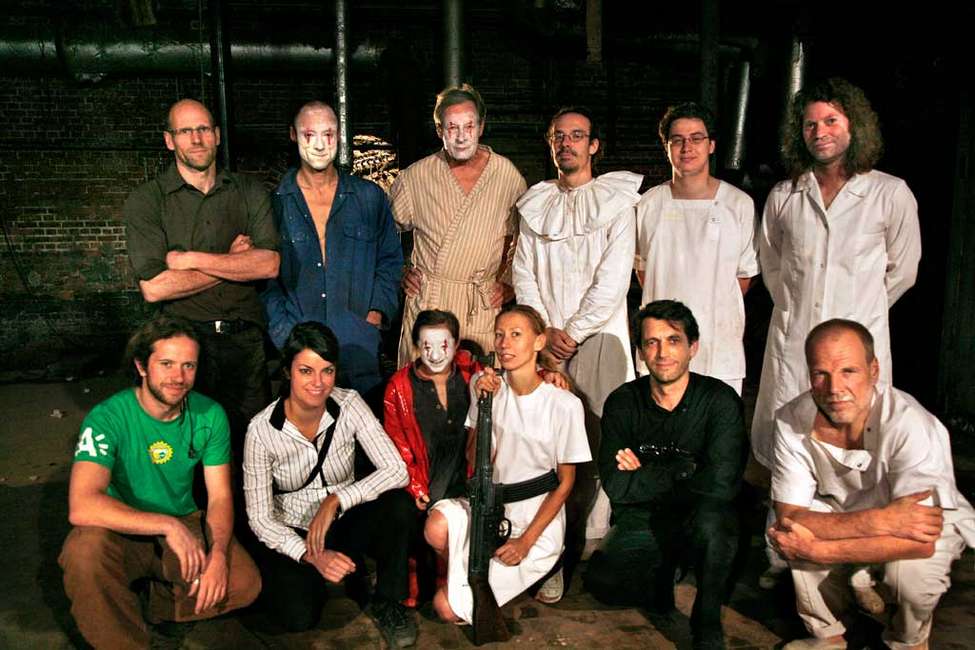 The first minute of this concert version starts with low tones which cannot be heard through the small speakers of laptops, smartphones etc. If you don't want to miss them, use earphones, or even better, headphones. A good sound system is also a solution, of course.The 8-channel sound space has been reduced into a binaural stereo version here.

The electroacoustic music composed for In-Vitro's Sandman was reworked into a more independently listenable piece of music. The timing was revised and fragments were repositioned to allow them to unfold fully expressively. This composition can be listened to without the strong visual stimuli of the theatre piece, because it was a composition from the beginning and not, for example, a functional set of sound effects to go with the theatre scenario.

The use of the language of sound in this Sandman was done according to a concept not previously applied by me. The music has followed the play in the use of a 19th century pictorial language. In contrast to acousmatic electronic music where sound is used in a completely abstract way, here the sounds have remained strongly suggestive. For example, there are the children's voices, the barrel organ, the old clock mechanism, and other sounds.

I see this use of suggestive elements as a kind of new musical form. In the early film culture the 'film muet' was made, the silent movie without dialogues but with the specific sound of the movie projector or of live played piano music. The new thing for me about this form of music is the reverse of that film muet. Here, only sounds are used, a large part of which is suggestive and through which listeners automatically start to make up images. I would call this concept the 'film aveugle'. The blind movie.

The music of this concert version tries to tell something parallel to the story of the director and actors. But completely independent of actors and scenery, the music can develop its logic and tension curves on its own and therefore there are some interventions in the original theatre music. The music here is therefore not a 'soundscape' or a sound scenery in which the theatre takes place. This does not exclude the fact that the composition of a soundscape also requires sensitivity and empathy for both the theatre piece and the sound material.