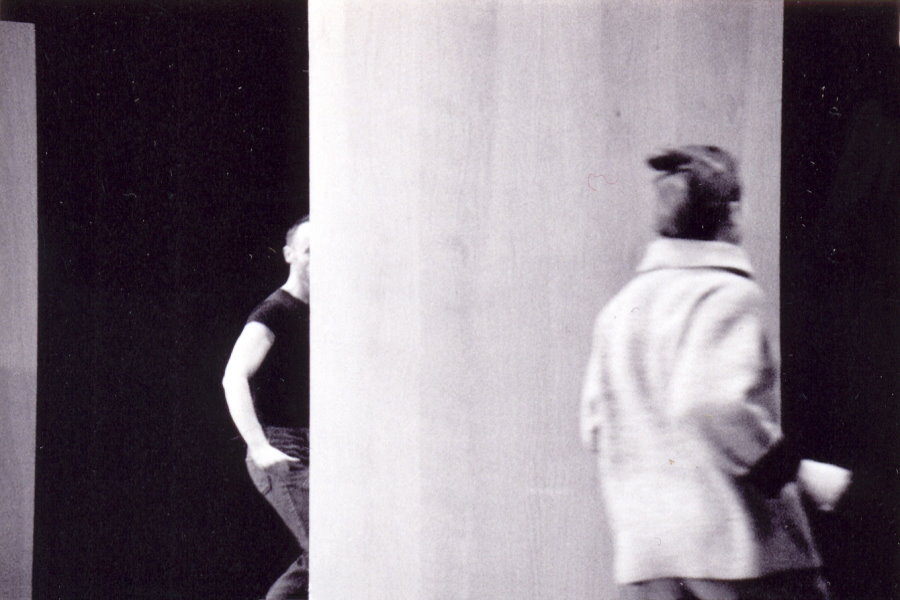 1/6  Maulwerke workshop - Study of the effect of walking on the voice.
(photo: Elke Gordts) 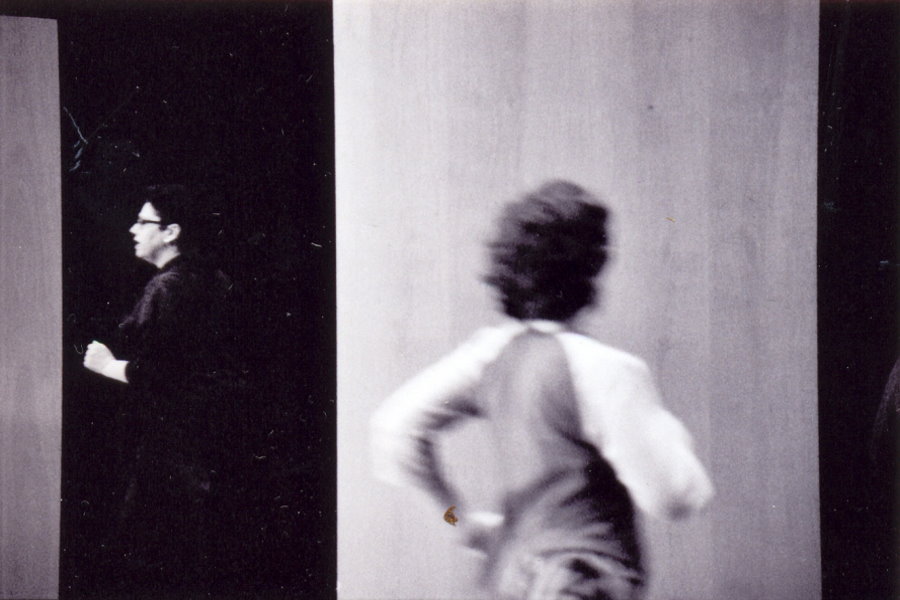 2/6  Maulwerke workshop - Study of the effect of walking on the voice.
(photo: Elke Gordts) 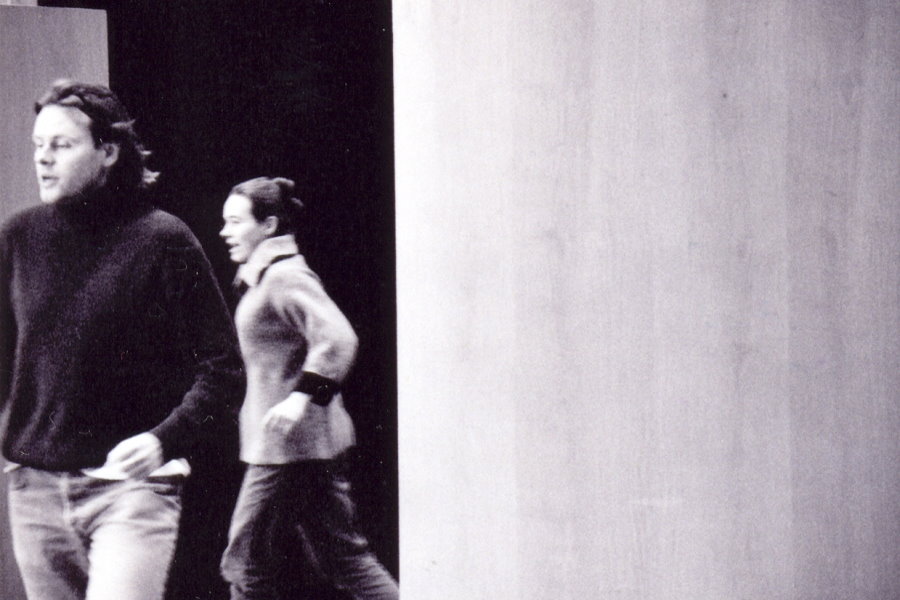 3/6  Maulwerke workshop - Study of the effect of walking on the voice.
(photo: Elke Gordts) 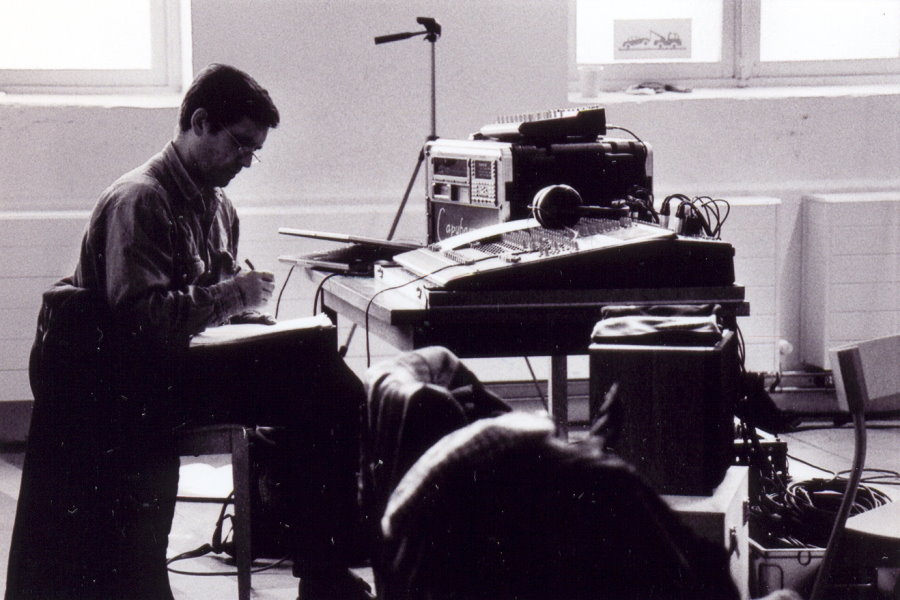 Maulwerke is a composition by Dieter Schnebel. It was the dream of KaG-founder Alvaro Guimarães to realise this work. Maulwerke has become a project that was quite challenging on more than one level. A number of weekends were organised in which we tried to let Maulwerke grow.

Looking back on it now, this was quite a difficult project. Having three directors with different views working on one project! The project succeeded and had several great performances. Still, I have had some ideas which did not make it to the final performance, but now (2008), largely after the project, they get their chance.

For me, those ideas are these vocalises. They are sound recordings from the project that have been edited and electronically manipulated.

These five vocalises form, together with my composition Artikulationsorgane, a set of my personal "Commentary to Maulwerke"

Photography has its say

On the score, the title reads "für Artikulationsorgane und Reproduktionsgeräte". KaG, read Alvaro Guimarães, had foreseen photography in addition to audio and video for these reproduction devices. The art photographer Elke Gordts took a beautiful series of black and white photographs, developed and printed them. During a performance, she filled a whole wall with them that was really worth looking at. A few of her photos that reflect the atmosphere of those vocalises are shown here.

The group of maul workers walk around and investigate the effect of the shaking body on the sound of the voice.

Exploration of the sound of the breath and of extremely tightly recorded sounds of the mouth, lips and tongue of some Maul workers.

The message, carried by speech and song, is much stronger now. State of mind now influences the use of the vocal organs in a musical way. The domain of psycho-analytical music is touched.