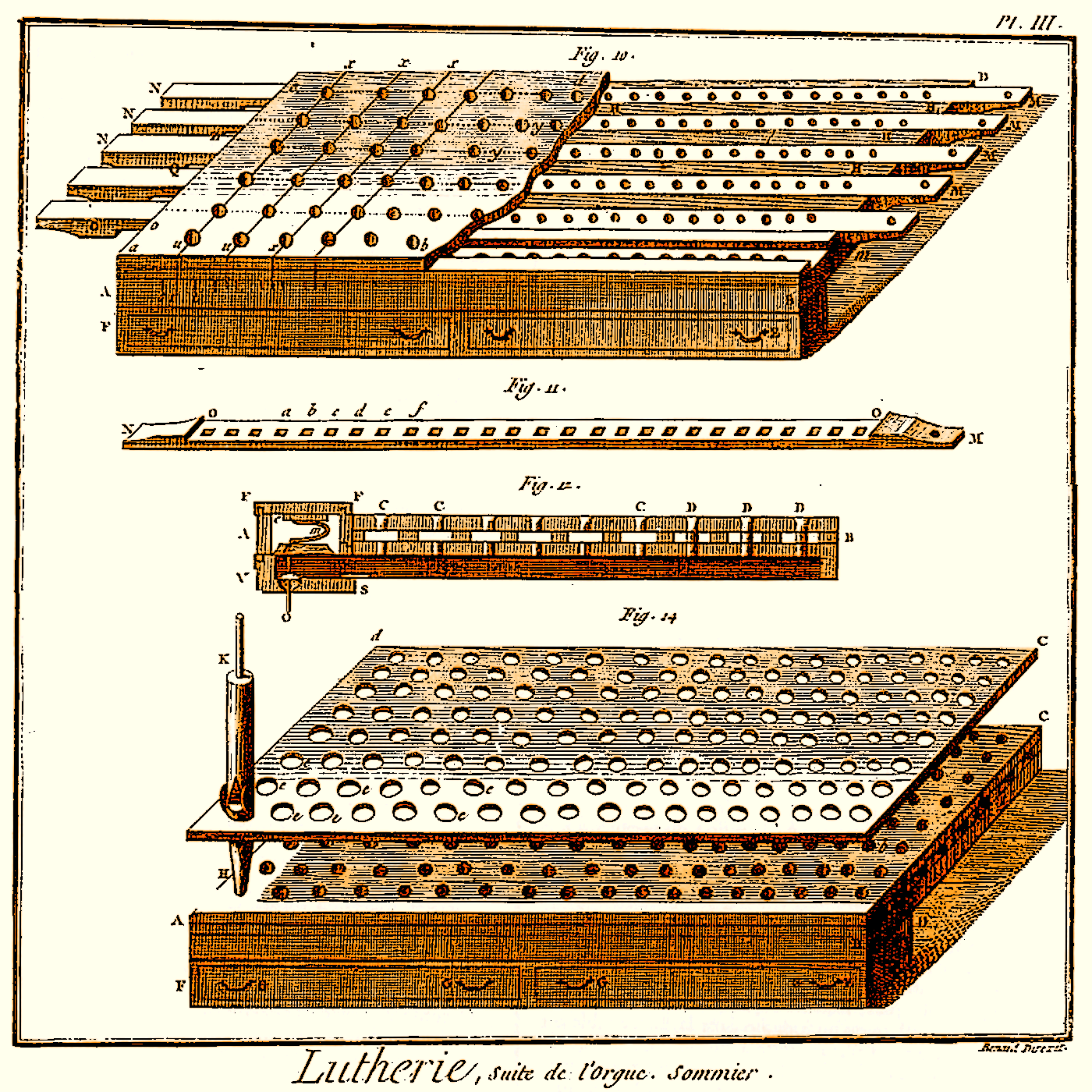 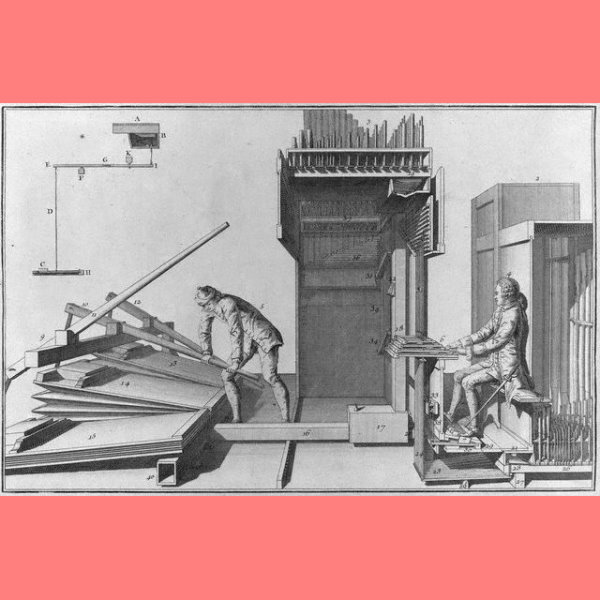 Fascinated by automatons, I have to love barrel organs. That's what prompted me to make some sound recordings in the workshops of Johnny Verbeeck, a world-class organ builder.

As workshop sounds have always been 'phono'genius, these at Verbeeck's were also fascinating because of the use of air pressure. Air pressure is used on 3 different levels: air pressure to control certain machines in the workshop, there is also the controlling air pressure to pneumatically operate the organ valves and stop slides and finally air pressure to create the sound in the organ pipes. In the organ world, however, one speaks of wind. An important part of the organ, by the way, is the 'wind'chest, hence the title.

From soundscape to composition

Related pages
CD - The weasel is living on the lofts now