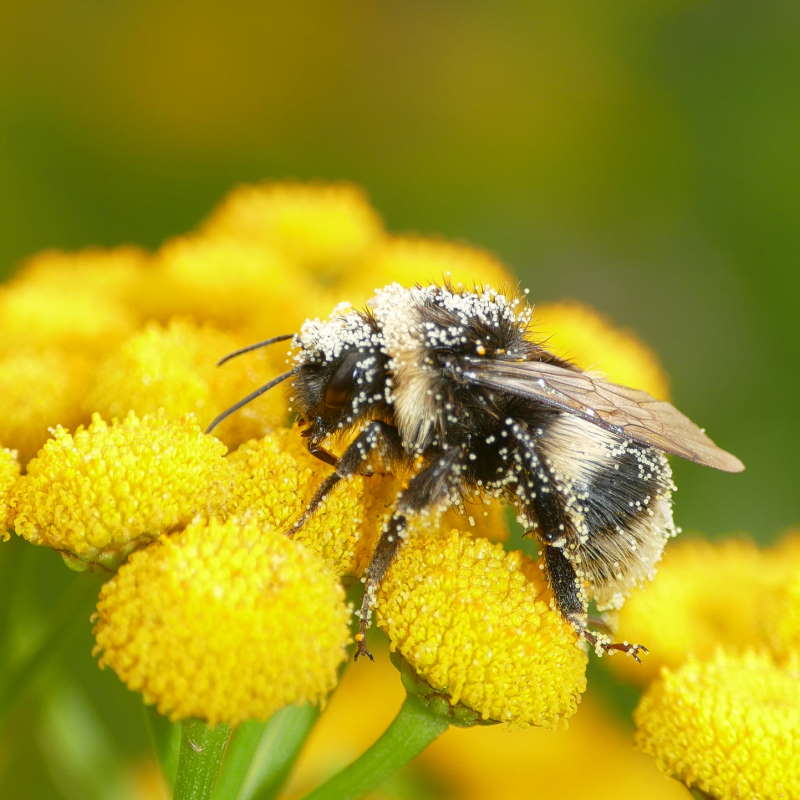 1/3  A ground bumblebee after a shower and full of pollen.
(photo: Dries De Vreeze) 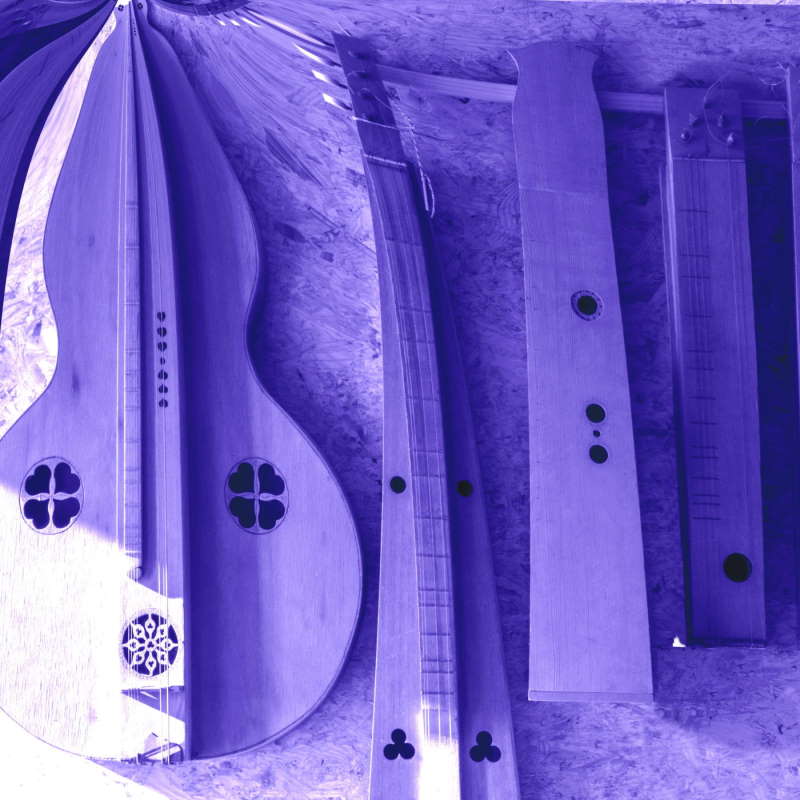 3/3  Edited picture of three self-built, so-called bumblebees, and a dulcimer.

"Bumblebee" (in Dutch "hommel") or "fat bee" or sometimes even "wasp". Fewer and fewer people know anything about this peaceful insect that lives in a nest underground and forms a colony of a few hundreds of them. The individual animal is, as it were, an atom, part of a cluster. Without the enveloping population, this individual is not even capable of staying alive. Is the bumblebee the animal, or is the bumblebee population, the swarm, the actual composite animal?

With its swarm-like group form, this peaceful, slow insect refers to our future, where there will be less and less room for individual behaviour. Man will only be able to escape his group nature through virtuality. A solution for the mass hysteria of wanting to be individual. Imagination will be cultivated in it and offer a way out for our impossible desires. Reality will be replaced by virtuality. The social fabric will have two components: real and virtual. On the other hand, the bumblebee refers to the rural, the idyllic outdoor life. Are we in the process of saying goodbye to that?

Coincidentally, in Flemish folk music we know the Hummel, a dulcimer-like string instrument in Dutch called "Hommel" (same name as the insect). It was quite popular at the beginning of the 20th century. After the first introductory minute, all the sound in the composition was taken from a Hummel recording by the virtuoso Hummel player Guido Piccard. Parts of this recording were fragmented with my recently purchased Capybara sound computer into numerous sound particles of a few milliseconds long, which were then electronically assembled as a swarm - there's the metaphor! - into a new sound that was further processed with oscillating digital filters.

This composition was performed in eight channels so that the spatial distribution during listening reinforces the swarm character.

Because this composition was made as an homage for the 25th anniversary of S.E.M., the Studio for Experimental Music, I added two letters to the name Hommel and thus slightly distorted the title to Hommelage.